Places you can visit in Malaga with our transfer service 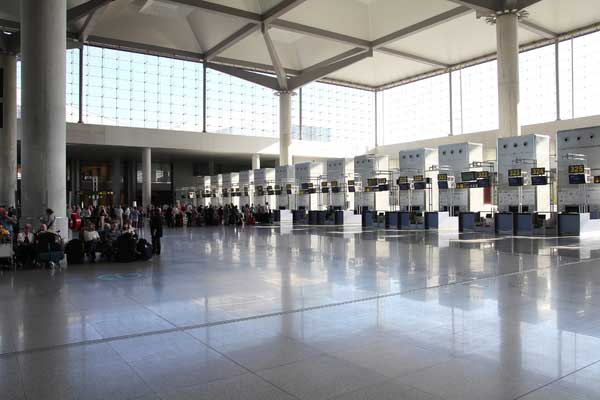 It´s sure that if you plan to travel to Malaga,  you think in the Costa del Sol, the beaches, Marbella, the glamour, Torremolinos, etc.  However, we suggest you to visit the historic center  If you have the opportunity to visit Malaga city , we are convinced  that you will surprised.

Also, if you want to visit it with all the guarantees that you will enjoy all its corners, you can contact us and ask for our transfer from Malaga airport, and the driver will take you to any place you tell him.

Places you have to see if you come to Malaga

In addition to the Sun, the beach and the fried fish, Malaga has a lot of charms and things to see inside her streets. It is very difficult to make a list of places to visit in this city without understatement, but  here you are some of them we consider essential visit.

Next to the the Gibralfaro Castle, the Alcazaba is the maximum exponent of the Muslim past of the city. It placed at the skirts of the Gibralfaro Hill, makes that its walls can be seen from different points of the Centre. It was commissioned by the Taifa King of Granada, Habus ben Badis , and its oldest parts dating from the 11th century.

Following the entry into Málaga in 1487 of the Catholic monarchs, the Citadel It was abandoned and looted and it was not until the first decades of the last century when it started to give value to this impressive fortification and began the work of rehabilitation.

Currently, its palaces and gardens are a must-see for those who visit Malaga.

As the accessibility by car is easy until this fortification, can be reached simply by means of the transfer that we offer so don't have to tour the city on public transportation and to enjoy the most of your holiday.

The castle of Gibralfaro

It was built in the 19th century to harbour the troops and protect the Alcazaba, and is linked to it through a corridor between walls. After the reconquest, it was used to retain the vanquished and serve as residence to Fernando el Católico. Later, Napoleon's troops destroyed it while they were leaving the city in 1812.

What remains of it today are ruins that can be visited. But if there is something which to be worth it will be to hire a transfer in Malaga is up to Gibralfaro, not only for the historical value of the place, but also because of the wonderful views that have the city from there up.

The awesome cathedral of Malaga, which is among the 10 most popular sacred monuments of Spain, is located on the ruins of what was the main mosque of the city during the Muslim rule.

He is known also as the Manquita because one of its towers was never completed. It is said that the funds earmarked for it were to help the United States in the war of independence. In its design, by the Renaissance artist Diego de Siloé, stands out the stalls of the choir of the famous sculptor Pedro de Mena, as well as two magnificent organ of the 18th century.

All above named places are located very close together, so it can be visited in a single day. So when you arrive to Málaga airport, you will be collected by one of our private drivers to provide the transfer service by the city or any other point of the province of Malaga that interests you.

Many other places of interest are which offers this Andalusian city, but we consider that these are essential to visit.