Málaga transfer, we help you to move around the city 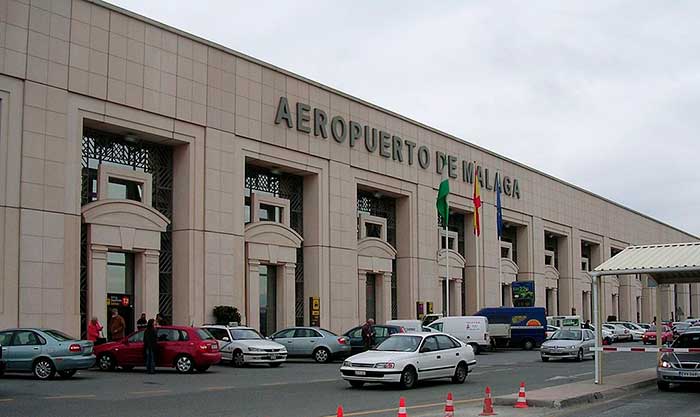 Many times it will have been raised before traveling, what would be the displacement by the destination city, if you should take a taxi or a bus, or if a train or taxi stop is near.

Sometimes we find that the city is quite far from the airport, and that taking a public transport service would be a great waste of time, especially if you are in a hurry.

From Limousines Premier, we offer you a very efficient and fast transport service, with the best service and personal treatment you can imagine.

Once you arrive at the international airport of Malaga, you have the possibility to choose the service of Málaga airport transfer, which consists of the service of pick up and transport, from the airport to the place where you want to go.

We are at your entire disposal for our agents to go to Malaga airport to pick you up.

With the service of Málaga airport transfer, you can stay calm with the problems that can cause the displacements between cities; the ignorance of the means of transport in Malaga, even the route is more comfortable and fast.

We take care that you receive the best possible treatment, because the most important thing for us is that you enjoy the trip, safely and comfortably.

In addition to the pick up at the airport, Limousines Premier provides you with transportation around the city, whatever the point, and the duration you need.

As we have already said, with the Málaga transfer service, we help you in the transport by Málaga.

For example, we can accompany you on your trip if you wish to visit the most famous villages of Malaga.

We are talking about a trip from Malaga to Ronda, passing previously by Antequera.

The best of Antequera

Once you settle in Malaga, we can pick you up where you are, and we can start the route through these two towns. The duration of the trip is approximately one day.

Ideally, we pick you up in the morning, so you can give time to visit Antequera and Ronda comfortably, without hurry.

Antequera is a city and municipality of Malaga. Antequera has an extensive architectural heritage, which is composed of more than fifty religious buildings, as well as archaeological sites.

With Málaga transfer, you can go to this wonderful city and know it in more detail. For example, you can visit the Royal Collegiate Church of Santa María La Mayor.

There is also another work of transition between the late Gothic and the Renaissance, called the Royal Collegiate of San Sebastian.

On the other hand, you can visit the Roman Baths of Santa Maria. They are thermal baths of Roman origin, which were active from the second half of the 1st century BC. Until the beginning of the fifth century AD

Continuing with the monuments of Antequera, we can mention the Alcazaba in Antequera. It is located in the center of the city, where you can access the interior. This citadel is from Roman times.

Although in this city, you can find numerous churches, parks and gardens, charming squares, and the Torcal, which is a huge natural site of Antequera, where you can see how they have created some stones with peculiar characteristics.

Continuing with the villages we recommend with Malaga transfer, we continue with our visit to Ronda.

Once you arrive in Ronda, we will take you to the best monuments and views of the village. For example, the New Bridge, is the most famous of the town. It has stunning views as it is situated on the Tajo de Ronda. We will propose you to make a small route by the Tagus, by the Way of the Mills.

We go to a more peaceful monument, such as the Arab Baths of Ronda.

Finally, we advise you to enter the Palace of the King Moor, which gives way to La Mina, which has a staircase of 231 steps leading to a river.

Once the visit is over, we will return with Málaga transfer to the city.